This is all the liberal left has against Trump – absurd to conclude from these examples prove Trump is a simple racist… everything he says is true, and at no time is he implying that ALL Mexicans are the target of his ire….. Everybody who supports Trump knows what he is talking about…. uncontrolled borders allowr bad people to get into this country… most of them happen to be Mexican.. that doesn’t mean that all Mexicans are evil. Liberals are idiots.

most of these 8 talking points have WAY more context .. then indicated by the narrative provided by the left…. investigate each topic for yourself.. like the federal judge he complains about… the judge is/was an activist in prior years on the side… with anti-american opinions…

here is what the left thinks…. and these are the primary sources of their hate – this is it folks, #8 is precious… its thinly veiled but its there….

Too little too late, Donald.

Here are eight of the most outrageous things Trump has said about Mexico, Mexicans and Mexican-Americans. 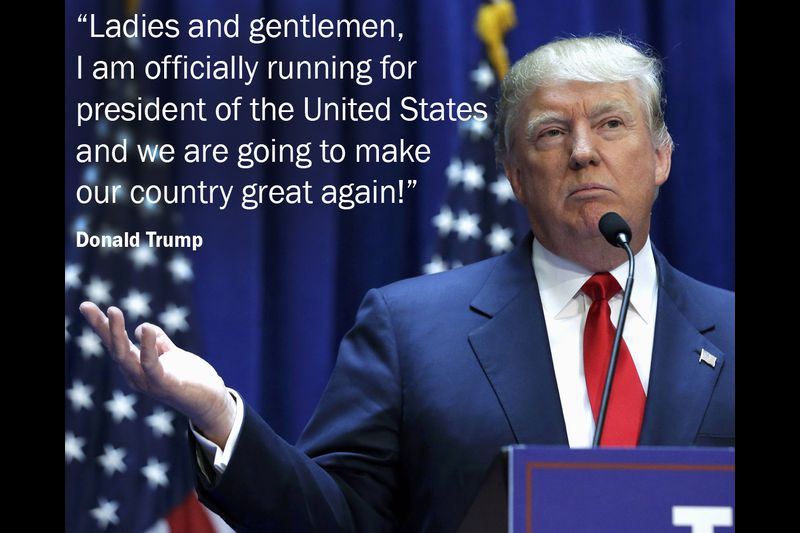 2) A few weeks later, he accused Mexican immigrants of being “killers,” too. “You have people come in and I’m not just saying Mexicans, I’m talking about people that are from all over, that are killers and rapists and they’re coming to this country,” he told CNN in June 2015.

4) In August 2015, he retweeted a crude remark aimed at then-presidential candidate Jeb Bush, whose wife is Mexican-American and who is fluent in Spanish. “So true. Jeb Bush is crazy, who cares that he speaks Mexican, this is America, English !!” the retweeted remarks said.

5) The same month, Trump booted from a press conference prominent Mexican-American journalist Jorge Ramos. During a Iowa press conference, Ramos was asking Trump about his immigration platform when the GOP nominee barked: “Sit down. Sit down … Go back to Univision!” A suited security guard then marched him out of the room.

6) Trump rang in Cinco de Mayo this year by tweeting a cringeworthy remark in which he claimed the best Mexican food was made in Trump Tower. “Happy #CincoDeMayo! The best taco bowls are made in Trump Tower Grill. I love Hispanics!” Trump declared in a tweet that also featured a photo of him grinning over his meal.

7) In June 2016, Trump suggested that a federal judge presiding over a fraud cases against Trump University wouldn’t be able be fair because of his “Mexican heritage.” “He’s a Mexican,” Trump told CNN of U.S. District Judge Gonzalo Curiel. “We’re building a wall between here and Mexico. The answer is, he is giving us very unfair rulings — rulings that people can’t even believe.” “I’m building a wall,” Trump said. “It’s an inherent conflict of interest.” Curiel, who was born in Indiana, refused to dismiss a pair of civil lawsuits that allege Trump University tricked students into paying tens of thousands of dollars to learn the secrets of the real-estate mogul’s success.

8) Crowds at his rallies, for the last 16 months have chanted “Build the Wall,” a rallying cry of thinly veiled racism.