COLLUSIONZ.com – Conservatives pushing back against Progessive Liberal Insanity and Hate.

The rhetoric towards conservatives coming from Progressive Liberals is atrocious….. Its is a daily deluge of biased hate and contempt towards conservatives  …. its unhinged. Liberal hate is being purposefully manufactured and driven by the main stream media – and internally propelled by millions of progressive liberal democrat minions….

its way past time to push back. 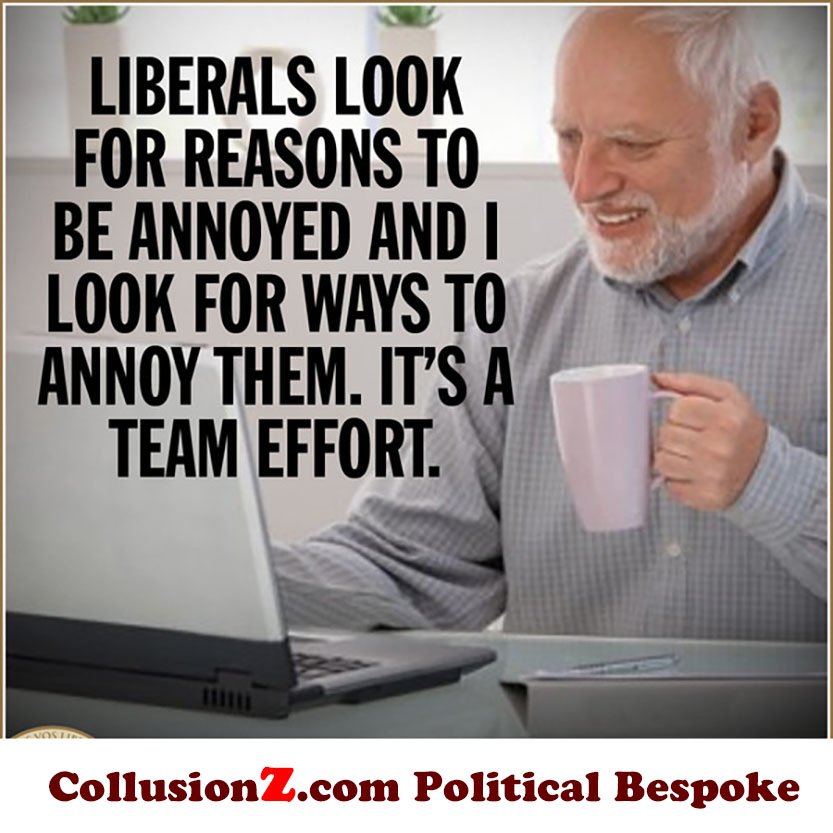 Stupid VS Evil – how would stupid know what is Evil.. it’s inherently Stupid !

There is some truth to the statement that Conservatives think Liberals are stupid, and Liberals think Conservatives are evil – the daily discussions on Facebook, the late night comedy (so called social news hour), the main stream media, the democratic party, the millions of millennials pumped out of our high schools and colleges with their naive mindless liberalism  … they are yelling and screaming – This hatred is getting extreme, its loud and clear.

So what about the other side, Conservatives thinking Liberals are stupid? Not very nice, and not very productive thing to think or say I would imagine either.

Well, I get liberal hate shoved in my face daily, especially on Facebook …apparently its a closed case… I am a racist, a homophobe, a white supremacist… period end of discussion…. I try to share information and perspective with my liberals friends and family and alas – to no avail …nada… nothing… zilch… There does not appear to be a way to connect and have a conversation with them.. they are absolutely hardwired with their points of view. Damn any fact, Damn reason, Damn logic, heaven forbid (oops I evoked Jesus – that isn’t good) a conservative has a different opinion…  they simply won’t have any of it. This is where the stupid comes in.

There are FACTS… provable FACTS, Video EVIDENCE….  that make it real easy for conservatives to say WTF is wrong with you???

Opinions aside.. just the facts alone – If liberals could just clear their biased hate for a second they might understand why conservatives think they are stupid. There is so much where they are factually wrong.

What does a Conservative do – this website focuses on collecting THE FACTS from conservative media that Liberals won’t listen to you, so you, the conservative can have something to arm yourself with. This website also focuses on collecting absurd articles from the hateful left showcasing their unhinged lies and distortion …. Don’t expect to win liberal friends and influence liberal neighbors by sharing this site… this site is a Conservative Political Bespoke website…. we are a long way from connecting with progressive liberals  – probably never happen to be honest … Communism, Marxism, Socialism.. and now progressive democrats… they are all linked in a long lineage of history – In my opinion they are not going away and they will not meet in the middle. As they gain power in America they are starting to play their cards.. its in your face, right there…

The real unfortunate truth is, most progressive liberals, social democrats… Trump Haters – have no idea what is driving their politics – Political Correctness and hate for conservatives have them blinded …they don’t see the communism behind the scenes. They don’t see how they are ushering in a New World Order, and if they do, they think its a good thing.

At some level after investigating at great length … there are things out there don’t sound so unreasonable… why did an European group award Chancellor Merkel with a Karlergi award in recent years for her hard work letting MILLIONS of Islamic immigrants into Germany alone ? …. if NWO stays a conspiracy great .. if it doesn’t though – it won’t be the conservatives that bring it to America.. the Republicans Party might COLLUDE … but not libertarians and conservatives. The Social Democrat agenda aligns very nicely with the NWO.

Your friendly neighborhood liberal on facebook has no idea who s/he is sleeping with.

To flip the coin… the Republican party is also unhinged and dangerously close to the enemy – The Deep State??? Conservative minded folks are totally against much of what the Republican Party is doing today… the Republican party gives the impression that they stand in favor of conservative values, but only enough to counter the Democrats, sometimes … half of the time they are just as bad as the Democrats. There is something out there.. .call it the Deep State… that is driving a divide in this Nation. If Liberals and Conservatives keep fighting, and the Constitution is drastically changed the world can change real fast … I for one am not happy about the prospect of having to FIGHT against my stupid liberal friends who can’t see it coming and are actually promoting it… and fighting back. It sucks, because most of them have no clue… BUT.. .there are a growing number of them that do…

AND THEY ARE TRULY EVIL

If you are liberal minded person ask yourself – why would any conservative minded person be willing to engage a Liberal….. like you…. and be your friend… with so much hate and so many perspectives built from main stream media lies and distortion?… So much of your narrative coming from Communism — extreme hate for the free market capital system, etc.,,, Completely blind to the Conservative narrative … I know Fox News is the big lie… have you ever watched Fox News? Do you only listen to what CNN says about Fox News?…. Ever listen to something other than sports on your AM radio… ?  I am hearing from many liberals that they don’t care anymore – they have shunned conservatives completely, the constitution needs to go, the free market is a plague on society… there is no desire to connect at all with conservatives…… to all of you that feel compelled to bash me because I am a conservative minded person…

enjoy my website… enjoy my satire, enjoy my jabs… . 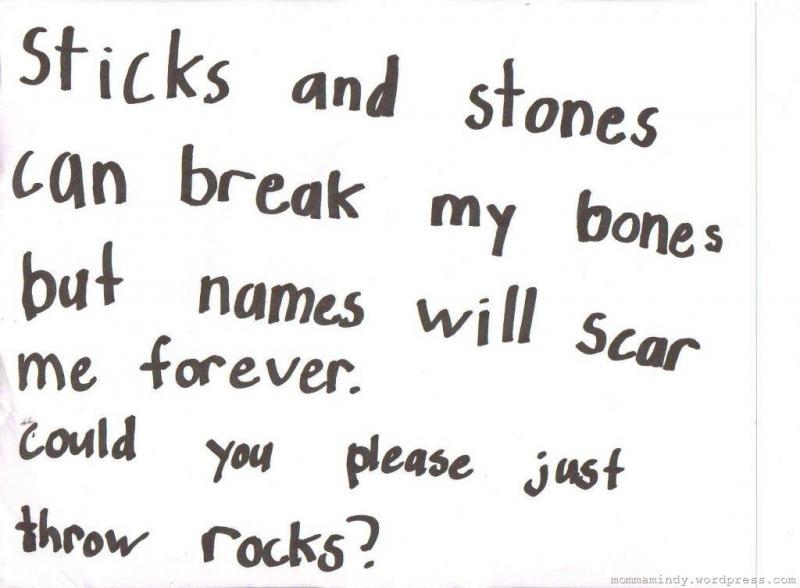 The Fatal Flaw in Socialism 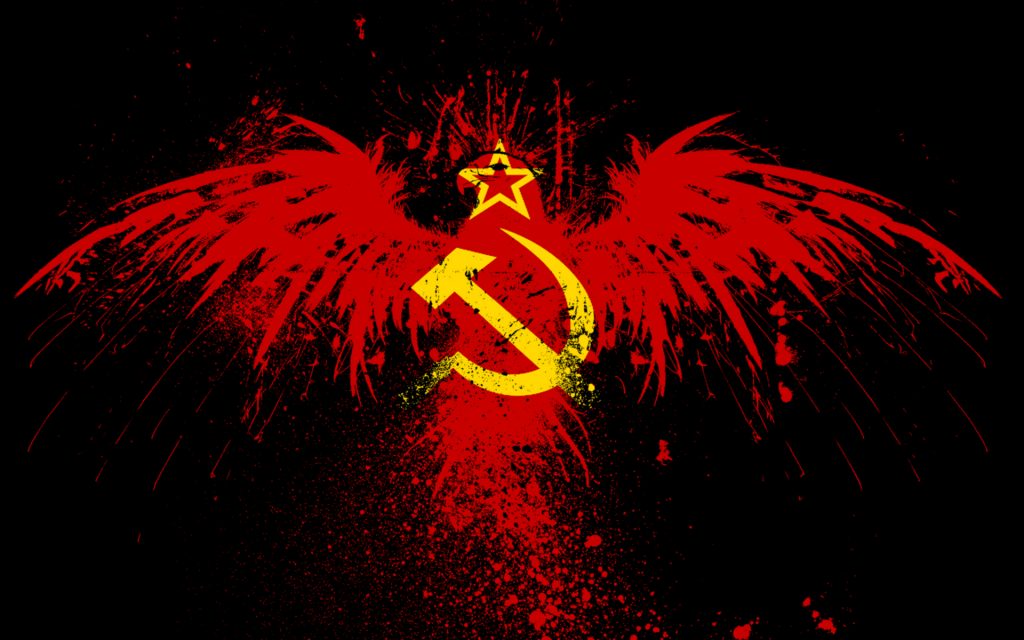 Right-wing belief systems, such as capitalism, have certain characteristics that are unattractive to many socially-conscious people.  Socialism or social democracy, with their humane objectives, provide far more attractive alternative philosophies. Unfortunately, however, the left-wing belief systems seeking social justice and opposing the right, all currently possess a fundamental flaw which precludes them from providing a genuinely rational and honest political alternative, and to retain their credibility this defect needs to be addressed.

The flaw is that for its implementation socialism requires people to behave in a way that is fundamentally against human nature. The fact of the matter is that the normal humans naturally dedicates, at the very most, 10% of their wealth or time regularly to assisting other, non-related individuals. And the average is in fact probably significantly less than this, closer to 5%.

Historically, this appears always to have been the case, and there is no reason to believe that it is ever likely to change. This figure applies equally to socialists, because there is no evidence whatsoever that socialists in their private lives are any more altruistic or generous than non-socialists. While, as a social animal, humankind is altruistic to a degree, we have clearly evolved with a primarily self-interested nature, which has allowed us as a species to survive, and this is an inescapable evolutionary fact, hardly in itself subject rationally to moral criticism.

To clarify: socialism is predicated upon the conjectural and unquantified claim that every individual in society has an overriding moral obligation to assist those significantly less fortunate than themselves.

Does altruism take precedence over self-interest or follow it? To exactly what extent is the individual morally obliged to attend to the interests of the poor, and why? Instead of providing an answer, socialism deliberately passes over the question (to which nobody has the answer) and the percentage of income to be extracted from the economically productive and redistributed in order to attain supposed social justice is determined entirely arbitrarily by the socialist politicians who control the state and coercively enforce the putative obligation.

Because no objective measure for the actual degree of our putative moral obligation to one another is known or exists, it is here that the flaw in socialism is manifest. While all humans are altruistic to a degree and altruism is an important voluntary social practice which obviously should be encouraged, the excessive and coercive altruistic demands that socialism makes upon the economically productive in the name of social justice are totally misaligned with actual human nature. The ambiguity and uncertainty of this problematic moral question is deliberately exploited by socialism. Fully aware that there is no answer to the moral question, in an act of intellectual sleight-of-hand it makes out that the answer is a given known to it and proceeds to provide the supposed solution, which is to extract the maximum wealth possible from the economically productive and redistribute it among the poor (thereby securing their votes by turning them into a permanent underclass).

A political system that demands on supposedly moral grounds that people do far more for strangers than is in accordance with human biological nature, even while the vast majority of its own individual supporters and leaders are failing its own proclaimed moral standard, is clearly neither rational nor genuinely moral.

The contradictory element of socialism revealed by this irrational demand on human nature indicates socialism’s true objectives to those who will see. These are no longer altruistic and genuinely concerned with the welfare of the poor, as perhaps they once were. Rather, they are purely political, aimed specifically at winning political power through the significant electoral support of the ingenuous, well-intentioned part of the public, as well as that large section which anticipates benefiting materially from socialism’s redistributive policies.

To eliminate the fatal flaw in left-wing thought, and offer a rational and genuinely moral alternative to right-wing beliefs, socialism has accordingly to do either one of two things: drop completely from its ideology its pseudo-moral demand that people behave in a way entirely contrary to their biological natures, or else somehow get every socialist actually to dedicate on a regular basis significantly more than 10% of their wealth and time to benefiting less well-off strangers, so that socialism can be taken credibly as a genuine moral force.

Society would no doubt benefit from an alternative belief-system challenging that of the right. But it needs to be a rational and genuinely moral system, which socialism is far from providing and not corrupt political expediency dressed up as virtue.